Things That Make Me Smile

I'm skipping my weekly w's this week because it's been a crazy couple of days and honestly, I'm a bit tired but very happy.

As some of you know we lost our 16-year-old cat Jet a little over four months ago and it was and still is a very sad thing for us.  I was in no hurry to get another cat but the Big Guy and the universe apparently had other plans.

Thursday evening I got a text with this picture saying if you want him he's looking for a home.  One of the big guys students works at a homeless shelter and apparently he's had her looking out for someone that needs a good home. 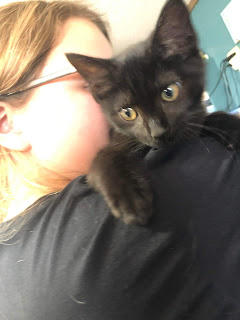 After spending the night and next morning weighing the pros and cons and looking at the above picture a dozen times, I decided yes, we can give him a good home.

This sweet soul was found wondering around a busy road when he was approximately 8 weeks old.  A kind stranger picked him up and took him to the no kill shelter where he's spent the last 4 weeks.  Because of his age they kept him in a 6 foot by 8 foot cage with a bed, litter box and a lot of toys.  He was taken out and held and loved multiple times a day but wasn't aloud to run around.

As soon as I was handed this bundle of love I was hooked.  We set off for home and he just peeked out of his cage happy as can be.  He's very quiet and never cried once on the 40 minute ride. His name at the shelter was Cole but we decided to change it to Binx as it suits him better.

When we arrived at home we set the cage down and opened the door.  He only hesitated for about 20 seconds and then jumped out.  He spent the next 7 hours exploring EVERYTHING.  Running from room to room and down the hall at top speed.  Playing on the cat tree and with all of his toys with so much excitement.  He seems to have two speeds, full speed play mode and loving, cuddling, purr mode. We pretty much spent that time with him just amazed at his wonderful personality. It was 5pm before he calmed down and even slept a bit. Last night he slept in bed between us and he slept hard he was so worn out. I think he was just so excited to be able to roam and run in his new house with his new family.

He very confident and isn't afraid of anything. I think he thinks he's a panther.  He's super loving and so playful.  Even though he's only 12 weeks old he knows not to put his claws out, has eaten well and used the litter box with no problems.

We've had a number of cats over the years and this honestly was the best transition ever. It's always scary when you bring a new pet home because you really don't know what their personality is going to be and you have no way of knowing if they're going to be happy.  Binx seems to be so thankful to be here in the house with us and I know we're going to have many happy years together. 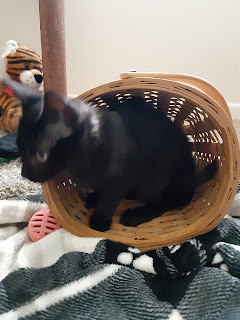 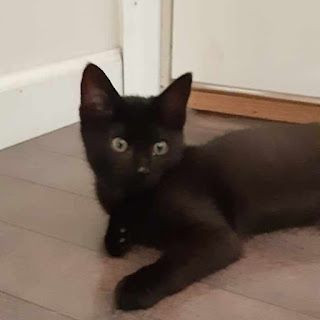 Lori
Welcome to my blog where I write about my journey through this crazy world and my love of all things food. 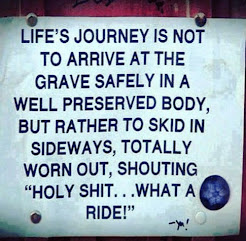 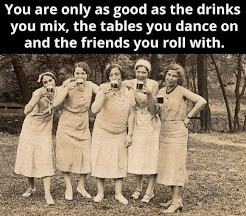 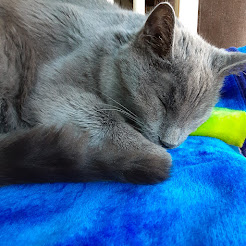